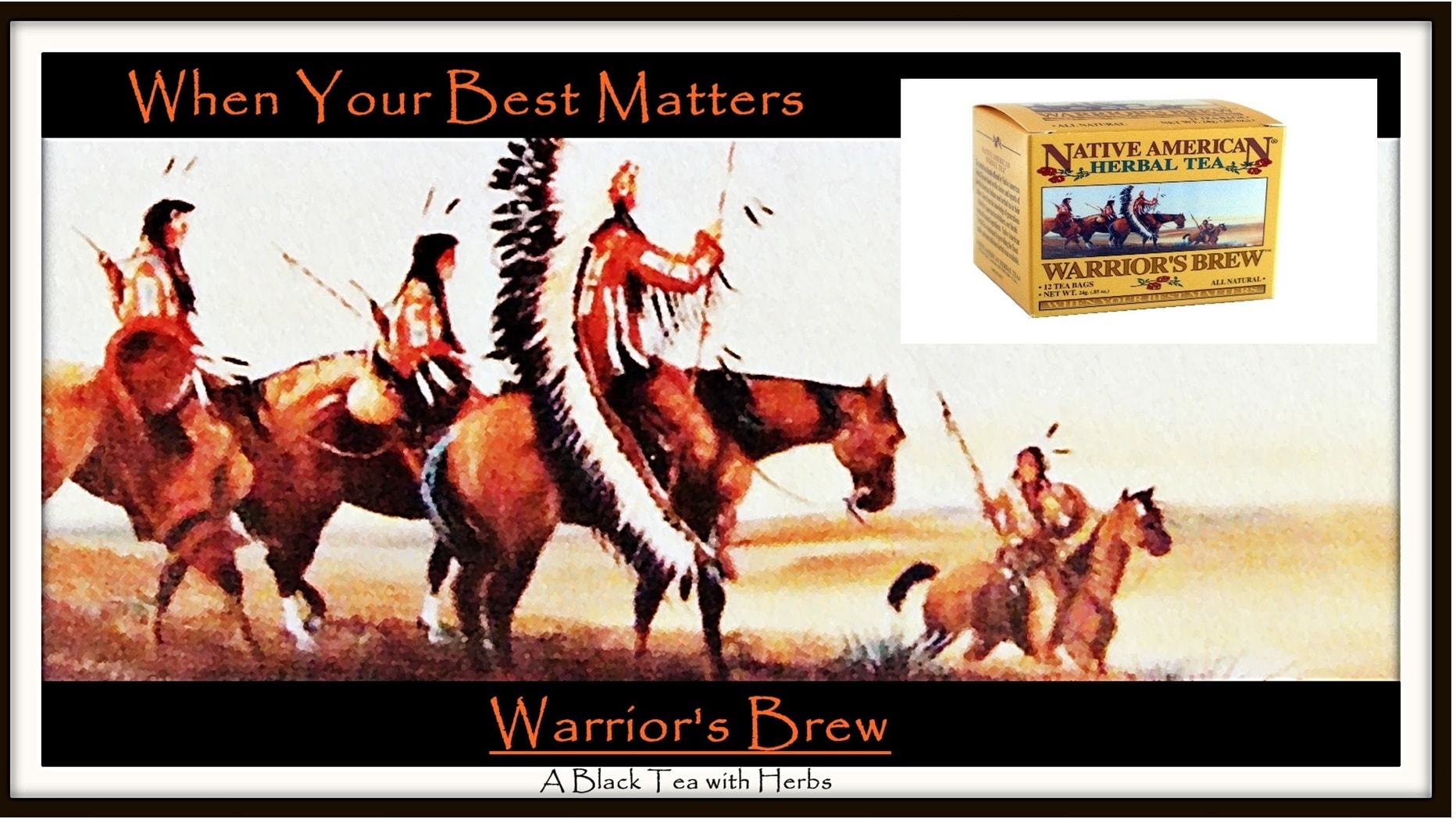 The Native Americans naturally harvested herbs to make into teas that were usee for everything from beverages to medicine. They understood the properties of each plant, and the benefits of natural ingredients. Today, too many people reach for harmful bottle of pills, when the solution to their problem could be as simple as a box of tea.

Warriors’s Blend is your solution to waking up in the morning, and even for counteracting that mid-afternoon slump at work, when you need to finish off a project before leaving for home. You won’t have to worry about it keeping you up all night, like if you drank coffee.

The natural properties of this star anise tea and rosemary tea blend have caffeine for energy, and vitamins C and D. It’s naturally gluten-free for those with wheat or grain intolerances. It naturally contains caffeine, but it’s never added as an additional ingredient.

It’s also beneficial to your health to be drinking natural plant-based ingredients. Pop and artificially flavored and sweetened beverages are hard on your pancreas, requiring your body to produce more insulin to process the sugar. Switching your beverages to Native American Tea blends will help optimize your health.

Star anise was traditionally used by native Indians who needed to build up endurance. It was popular with the runners who took messages from camp to camp. These messengers would often have to run long distances, from 30 to 50 miles to reach each tribe. They would carry star anise with them, and make into a tea.

The Warrior’s Blend tea has a delicious cinnamon flavor, with a hint of orange peel. It may remind you of cinnamon buns, or gingerbread, but without eating the calories. Not only does this zesty tea taste good, but you’ll enjoy sipping the Warrior’s Blend to give you a boost of energy. It provides a nice balance of the ingredients, without one taste overwhelming the other, or making it taste bitter. It also smells good, and your tea chest will smell delicious.

When you need a burst of energy first thing in the morning, or anytime during the day, Warrior’s Brew tea will give you a boost, so you can get what needs to be done, without the side effects of drinking coffee.  If you are in the market to buy herbal tea online try this one today!

Create an account with us and you'll be able to: